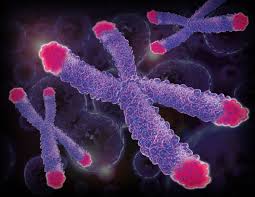 As you get older, your telomeres – the protective caps that are on the end of chromosomes – get shorter. The telomeres protect chromosomes from getting damage as cells divide and grow. It has long been thought that if we could lengthen telomeres, or find a way to stop them getting shorter, we could halt or reverse ageing. Today it was reported in The Independent that scientists have developed a procedure that allows them to lengthen telomeres. In addition to tackling ageing it is also thought that treatments based on this new procedure could treat diabetes and heart disease.

The breakthrough was made by Helen Blau of Stanford University who said, “Now we have found a way to lengthen human telomeres by as much as 1,000 nucleotides, turning back the internal clock in these cells by the equivalent of many years of human life.”

The idea is that when cells divide, chromosomes are copied, and if not properly protected by the telomere caps, they become damaged. With each division, the telomeres become a little shorter. A study of 143 elderly people in 2003 found that those with the shortest telomeres died on average four or five years earlier than others.

There is already a treatment available – Telomerase activator-65 (TA-65) – which costs about $4,000 for a six-month supply. But according to Joe Schwarcz TA-65 is not a regulated drug. We would be wise to wait a while yet until the research by Blau and others has reached a conclusion.

One response to “Telomere breakthrough”